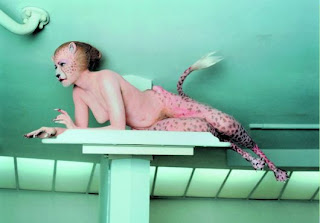 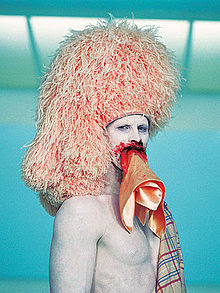 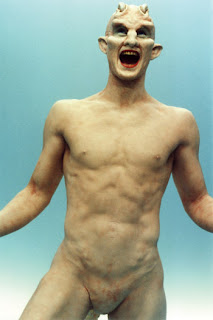 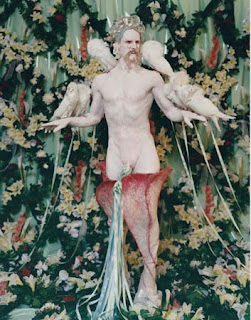 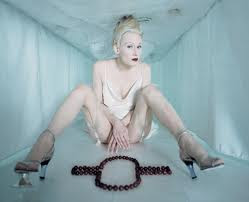 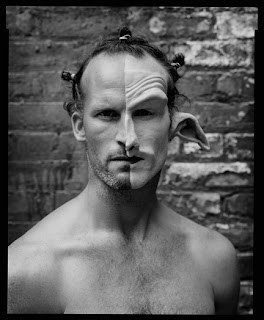 Matthew Barney was born in San Francisco in 1967; at age six, he moved to Idaho with his family. After his parents divorced, Barney continued to live with his father in Idaho, playing football on his high school team, and visiting his mother in New York City, where he was introduced to art and museums.

This intermingling of sports and art informs his work as a sculptor and filmmaker. After graduating from Yale in 1991, Barney entered the art world to almost instant controversy and success. He is best known as the producer and creator of the "Cremaster" films, a series of five visually extravagant works created out of sequence ("Cremaster 4" began the cycle, followed by "Cremaster 1," etc.).

The films generally feature Barney in myriad roles, including characters as diverse as a satyr, a magician, a ram, Harry Houdini, and even the infamous murderer Gary Gilmore. The title of the films refers to the muscle that raises and lowers the testicles according to temperature, external stimulation, or fear.

The films themselves are a grand mixture of history, autobiography, and mythology—an intensely private universe in which symbols and images are densely layered and interconnected. The resulting cosmology is both beautiful and complex. His final film in the series, "Cremaster 3" (2002), begins beneath New York City’s Chrysler Building and includes scenes at the Saratoga race track, where apparently dead costumed horses race through a dream sequence, and at the Guggenheim Museum, where artist Richard Serra throws hot Vaseline down the Museum’s famous spiral ramp.

Matthew Barney won the prestigious Europa 2000 prize at the forty-fifth Venice Biennale in 1996. He was also the first recipient of the Guggenheim Museum’s Hugo Boss Award.