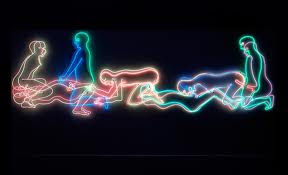 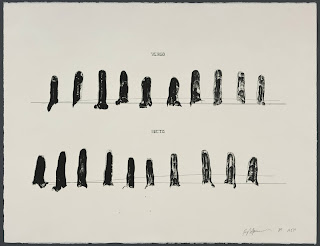 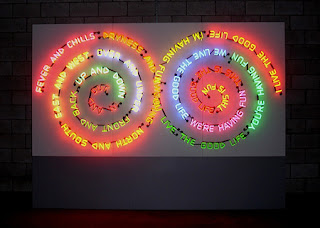 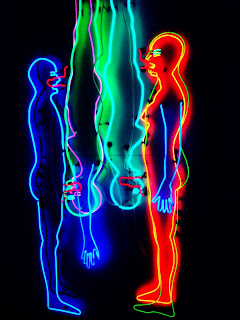 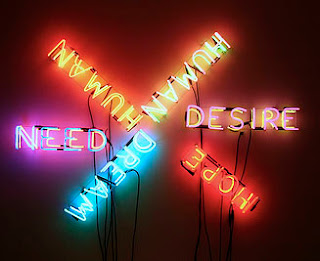 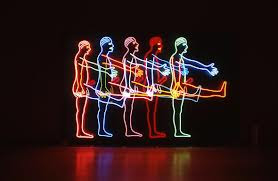 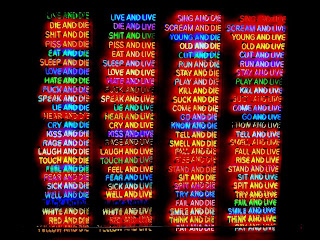 Stopped painting in 1965 and began to make objects, performance pieces and films. First one-man exhibition, of fibreglass sculptures, at the Nicholas Wilder Gallery, Los Angeles, 1966. Moved in 1966 to San Francisco.

Made sculptures based on the backs of objects or moulded from parts of his own body; also works concerned with the notion of hiddenness or inaccessibility, and neon pieces with words (sometimes more or less illegible). Since 1968 his work has consisted mainly of performance pieces, e.g. films of such actions as Bouncing Two Balls between the Floor and the Ceiling with Changing Rhythms, or corridors and installations involving a limited degree of spectator participation and exploring effects of parallax, audio-tactile separation, disorientation, etc. Lives in Pasadena, California. Reference http://www.tate.org.uk/art/artists/bruce-nauman-1691